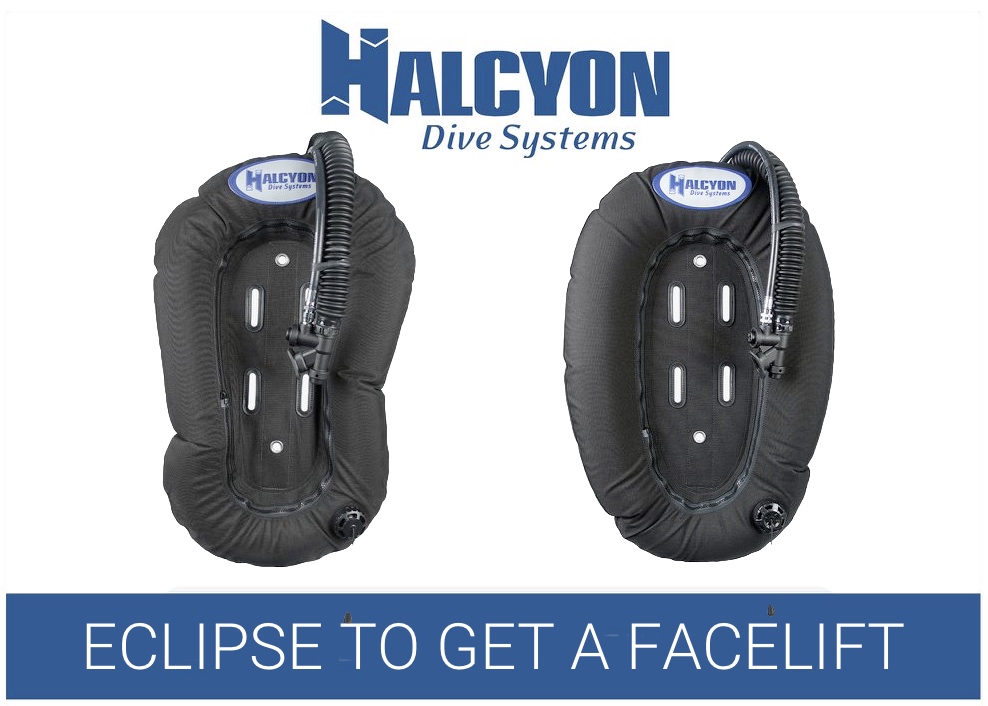 US-based Halcyon Manufacturing has entered 2020 with an announcement that it?s most popular single-tank Eclipse Wing with its signature mark “wrinkle” on the sides, is to be getting a face-lift later in the year.

The revamped Eclipse is to be a slightly larger wing when deflated and flat, explained as result of reshaped inner bladder and outer shell, ensuring the two better mate with each other?.

The result, says Halcyon, will be a smoother flow of gas within the bladder and over the water on the outside. 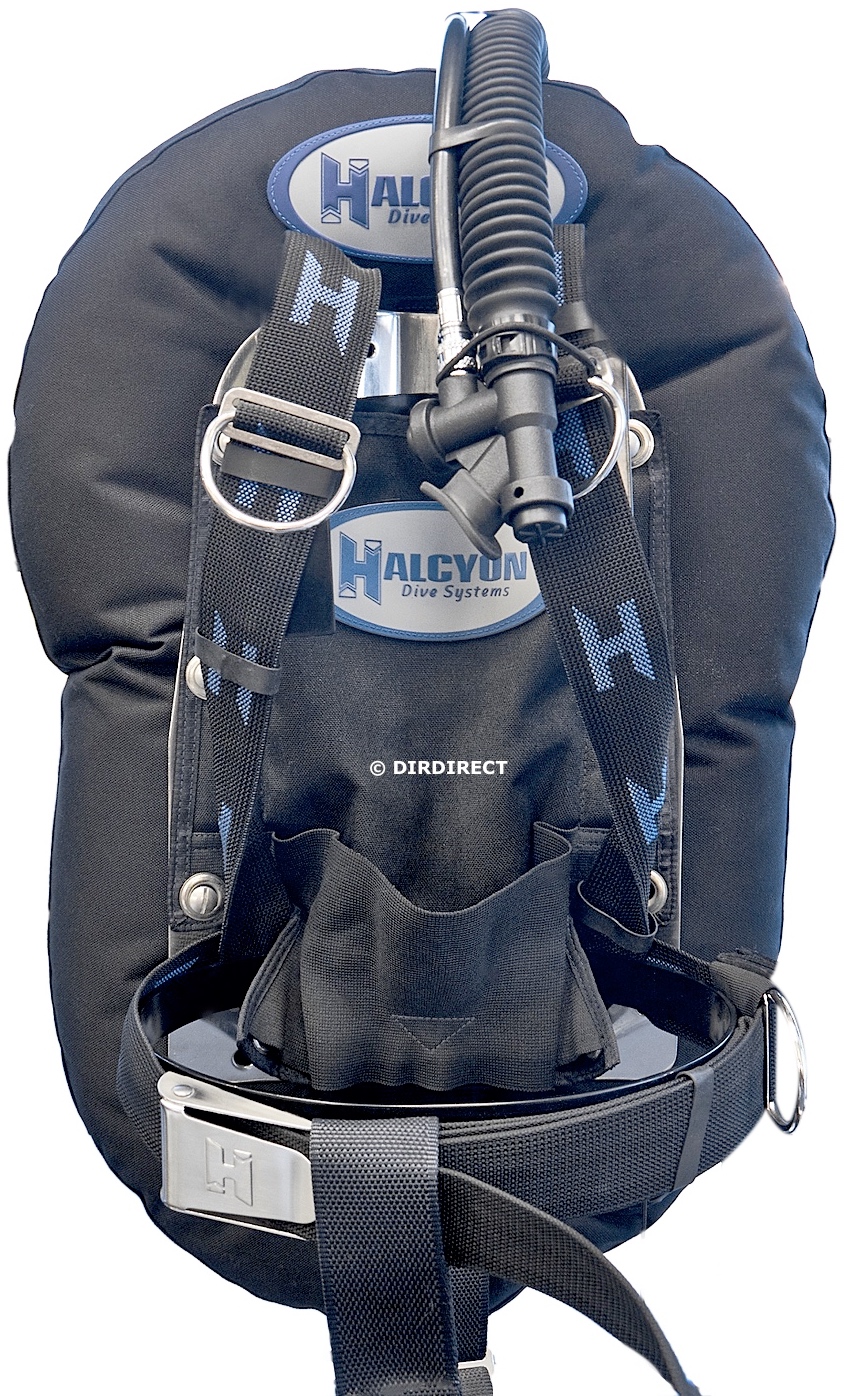 The picture released on social media (above) comparing the two wings as old and new, without reference to an exact launch date, appears to depict a more traditional looking and larger design coming in to replace our beloved slimline “wrinkle wing”.

Yet the change comes without losing massively out on Halcyon’s original concept of retaining an upright ecliptic doughnut shape, closer though to a  round bladder.

Halcyon suggested in its January 10 dated public post on Facebook that for those who prefer a smaller size, the Eclipse 20 remains a nice option which has the same inner dimensions as the Eclipse 30 but with an overall slimmer profile?.

As the product details have not yet been released and we’ve also only learned of the upcoming change via social media, the exact outer dimensions of new 20, 30 and 40 Lb (will there even be a 40Lb?) lift wings are not available as of the time of this post.

Reading between the lines, the 20 and 30 inner bladders are to be identical in size with the outer shell being the only limiting factor in overall lift and size. But we may be wrong and like many of you out there, are also trying to find out these essential details.

Check out the Eclipse System

We absolutely love our wrinkle and the delightful low profile of what we can now boldly refer to as the “Classic Eclipse” and will definitely be continuing to provide divers with this tested and proven original product so long as the supply lines are open to us!?

As one of Europe’s leading Halcyon stockists and UK’s #1 Halcyon dealer for many years over, we are very well stocked and will continue the supply chain of the original slimline 30Lb Eclipse wing even as the new version starts trickling into the market later this year. 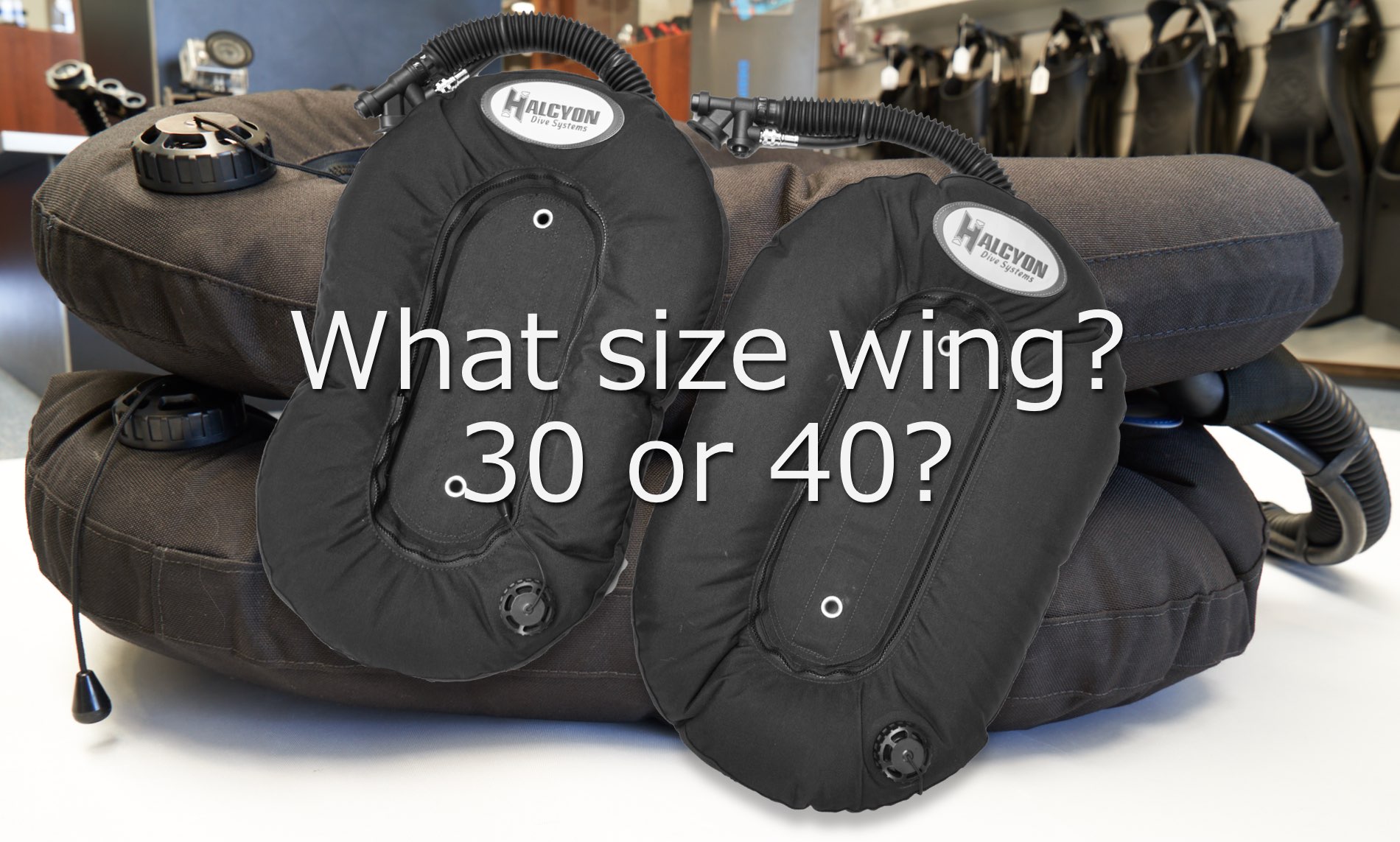 You can find a more detailed analysis of Eclipse wings in our blog under Comparing Eclipse Wings if you are new to single tank diving wings or the leading Halcyon line.