In Balaclava Bay right outside of the harbour and resting almost against the boulders of Portland Breakwater, the wreck of the Dredger is a popular dive for recreational divers and trainees of all levels. Often populated by a variety of sea life.

Because of its proximity to (a) the end of Balaclava Bay (b) the breakwater wall and (c) Portland harbour entrance which is blocked underwater by the overturned wreck of the HMS Hood, the Dredger at a relatively shallow depth of 12 metres is ideal for training as well as to observe sea life and changing conditions in an area under the direct effect of tidal movement. We’ve been diving the Dredger for the past 15 years seeing the changing conditions and life on the sea bed, the rocks and boulders that constitute the harbour wall and the state and deterioration of the wreckage itself.

The wreck of this unknown vessel, once apparently used to dredge the sea bed, has no significant importance other than being easily accessible as an underwater landmark (outside of the harbour).

Due to Portland Port restrictions access is limited to boat only. As a shallow wreck in the corner of the bay and protected on once side by the breakwater, the Dredger is accessible even in strong southerly winds and attracts both recreational and technical divers. It’s importance being this visiting diver ‘traffic’ throughout the year, which should assist the Project in more voluntary monitoring activities.

The Dredger lies about a third of the way along the stretch of the outer harbour wall towards the edge of Balaclava Bay. As a dive site it can only be accessed by boats due to Portland Harbour restrictions. It’s position is clearly marked by a massive winch and various sizes of anchors on top of the breakwater. It is often buoyed though surface markers are known to disappear. The wreck lies in two parts at about 8-10m of a sandy sea bed. The sand here is heavier than the ‘silt’ in the harbour and settles faster. 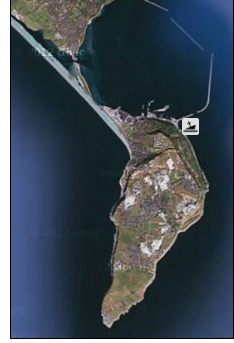 The first part of the wreck is the closest to shore and the breakwater, a significantly smaller piece of wreckage compared to the second part which is about 15m away. In between the two structures divers can come across some scraps of further wreckage. Some parts of the wreckage rise to give arches and tunnels that provide protection for various fish with tighter holes throughout the wreck giving shelter to crabs and lobsters.

Risks: As like the wreck of the Countess of Erne, due to its shallow depth and accessibility only by boat, the Dredger can be regarded as a low risk dive. The wreck can be dived at all times of tide although divers need to be careful not to stray off the dive site which could lead to being picked up in the tidal flow of Balaclava Bay or the nearby entrance of the harbour. In March 2012 divers spotted torn monafilament nets both towards the shallower bay part of the harbour wall and towards the wreck of the HMS Hood to the North. Notable diving risks include these discarded monafilament nets, some fishing line and hooks. The “swim throughs” on this wreck are relatively easy and safe but still require care. General UK wreck diving precautions against sharp and deteriorating parts are advised. 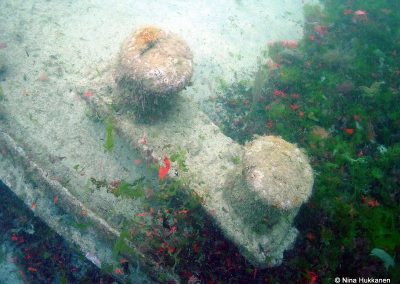 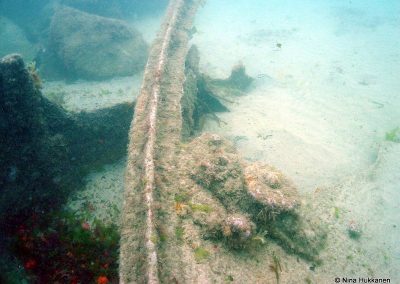 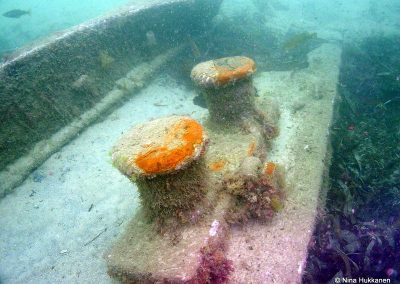 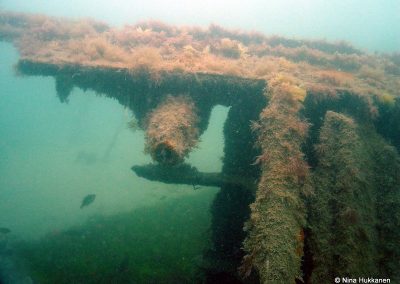 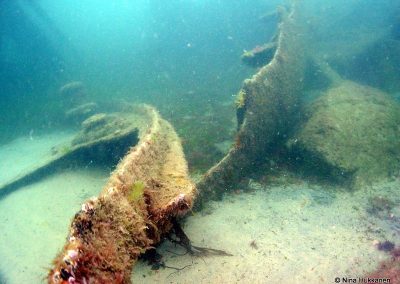 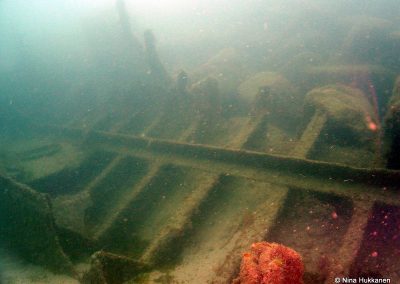 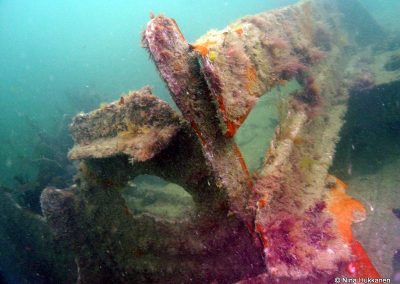 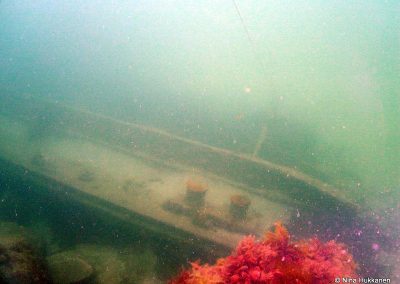 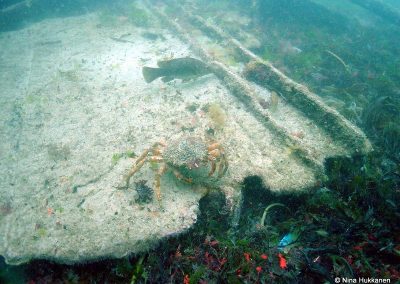 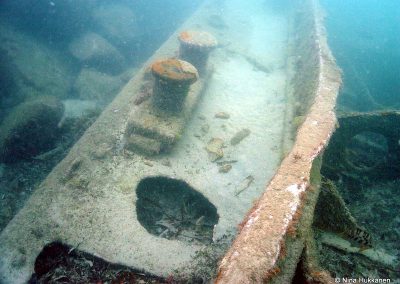 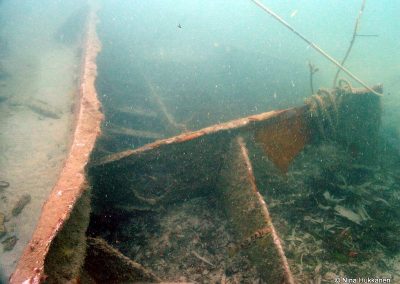 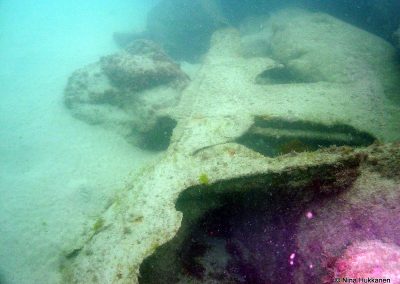 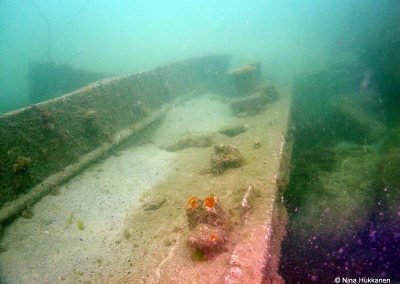 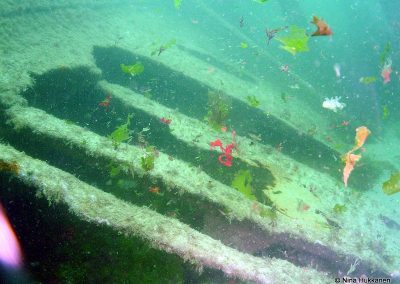 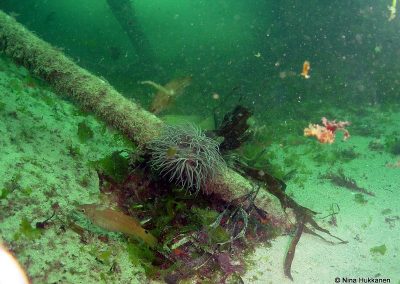 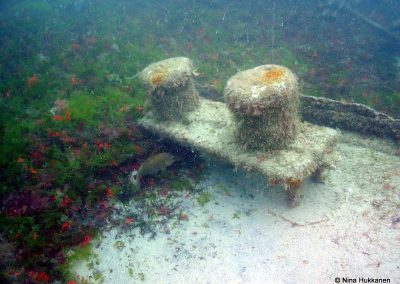 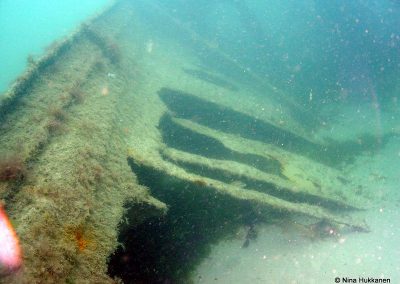 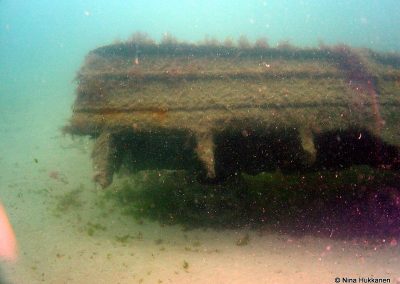 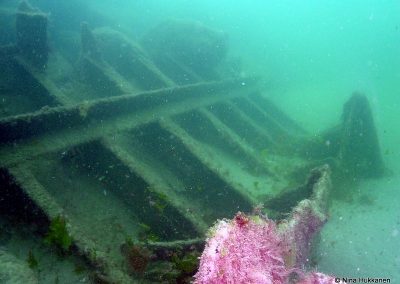 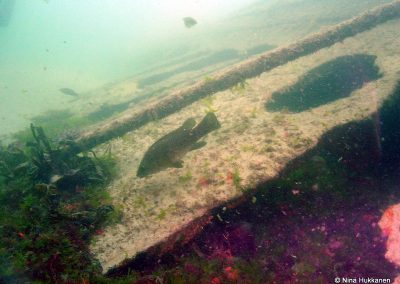 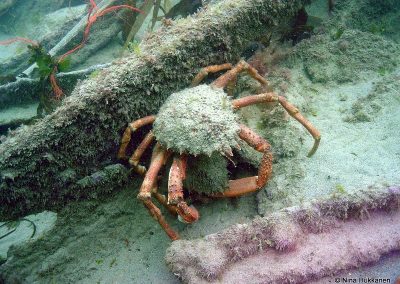 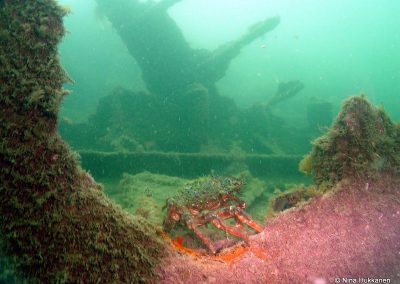 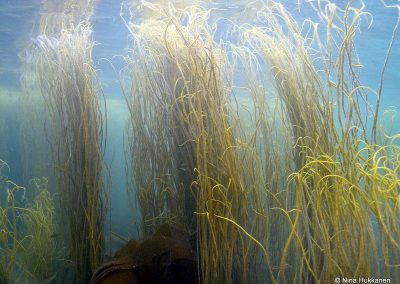 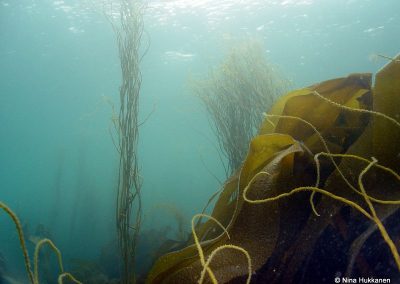 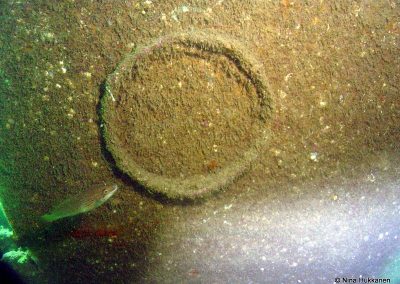